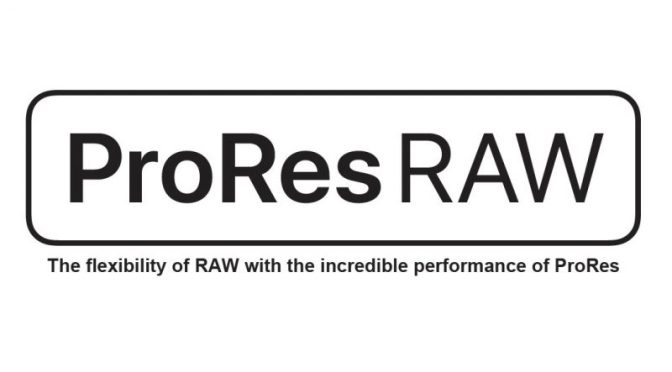 In December Olympus and Atomos have announced availability of ProRes RAW for Olympus OM-D EM1X and EM1 MKIII and Atomos Ninja V recorder.

This is the PDF of the Atomos release and this is the Olympus firmware update release in PDF.

This is definitely a step forward for ProRes RAW and also for the micro four thirds standard after the setback of Olympus withdrawal.

There has been very little information on the features and limitation and despite a few videos posted by Atomos and independent creative agencies nobody could really understand how the whole thing worked.

The video from Kauas a Finnish creative agency is here

It contains a lot of very dark scenes and the equipment used for the filming is suboptimal with lenses having a minimum aperture of f/2.8 which is clearly insufficient for the purpose.

I am always surprised when companies do such basic mistakes Olympus could have provided this agency with their f/1.2 primes and the clips would not be so noisy.

Atomos however has made test footage available for testing here.

So with those clips and my final cut pro expertise on HDR and ProRes RAW I got the opportunity to have a go at the sample. A short video illustrates the logic and the dynamics of working with such files:

When you use Olympus generated ProRes RAW files you are able to adjust the ISO/Exposure offset. What This seems to do is to move the black point of the clip without stretching the footage.

Adjustment of color temperature that would have been useful for underwater video is not available. Take into account that the adjustment correct temperature but not white balance as it does not have a tint slides.

As of today as per Apple technical note 211277 only Panasonic and Z CAM offer control of color temperature in post processing. So I would recommend to focus on those brands if you are particularly interested in this capability.

Other issues include blanking of the camera EVF and LCD that will only show settings and nothing else and a limitation of internal audio recording to 16 bits. If you need 24 bits you need to plug the microphone into the Ninja V.

Overall I did not get the impression that this footage would really move things forward and right now I believe a 10 bit Log or Cine Gamma implementation that can accomodate things like sharpening and noise reduction will produce similar or even better results.

Will this make you want to buy an Olympus camera for this capability? Almost certainly not when you can buy a Z CAM and have more controls and options.

Will this make some people that already have an Olympus device buy a Ninja V instead of buying another camera altogether? I think some will however the majority of Olympus shooters are still focussed and right now there are not even many options for cages and mounts due to the lack of penetration in the video segment.

Nevertheless this effort should be commended because there are no glitches in the implementation like it happened with Nikon Z series and moves the goal post forward for the MFT segment. I expect Panasonic will have to release ProRes RAW for their new BGH1 that has the potential to be a very interesting device.

I have been spending some time looking at ProRes RAW in the last weeks and I have come to some conclusions that I wanted to share with you.

First of all ProRes RAW together with the unsupported CinemaDNG is the only RAW video codec that is not camera manufacturer specific this is a benefit of course as it makes your workflow camera independent.

Atomos implementation is based on HDMI data transfer and capture of raw signal on disk. This is limited by HDMI bandwidth.

So if you have a camera with an APSC (Super35) or Full Frame sensor with a 14 bits RAW image capability you will be limited by two things:

This camera needs an external monitor and you need a Ninja V anyway to record ProRes RAW but it does have a Nauticam housing.

So right now your only option to full exploit ProRes RAW underwater is to use a ZCAM E2 with Nauticam housing and HDMI 2.0 connection.

Nauticam makes a housing for it. It is of course expensive and this is really prograde.

Due to readout and scaling limitations there are no full frame cameras that can output 4K. However the S1H can offer a cropped Super35 (APSC) output to ProRes RAW this also has a Nauticam housing supporting HDMI 2.0. Am not considering the Nikon Z series total fail in this review.

MFT format lenses are autocorrected other formats aren’t we don’t know what ProRes does.

Furthermore we have no details of which demoisaicing procedure is embedded in ProRes. Camera without an antialiasing filter appear to work badly indicating the algorithm favours speed to precision.

It is therefore possible that the IQ in ProRes RAW may be worse than log out of camera. This has been discussed in a workshop on Raw, gamma and log I have attended this week.

At Prosumer level the only options currently for ProRes RAW is the ZCAM E2 as the Panasonic S1H firmware has been delayed.

It is likely that ProRes RAW current readiness produces an outcome that may be equal or less satisfying that standard video processing.

I will keep following on the subject and keep you updated for now the advice is don’t rush it.